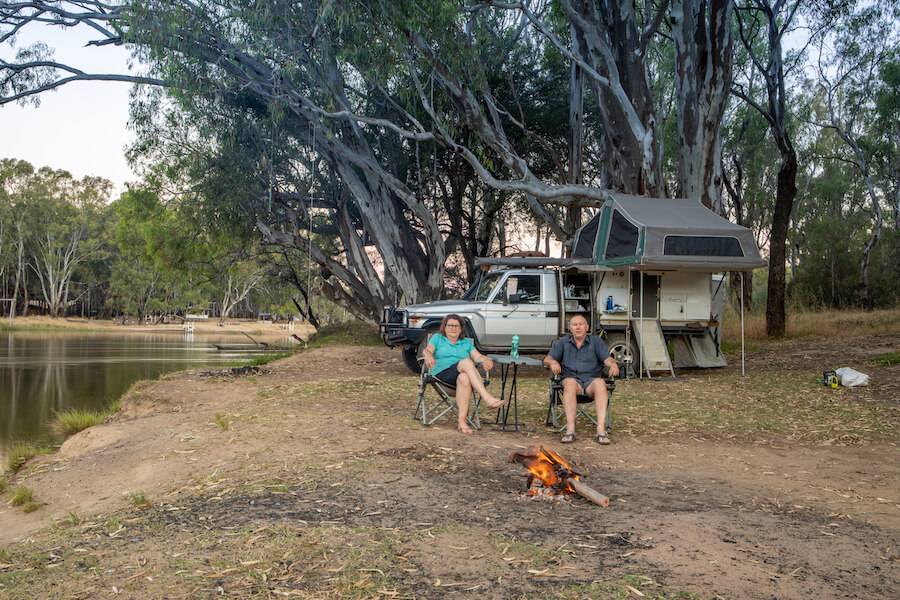 Barmah National Park Map – How to get there.

The Murray River is Australia’s longest river stretching over 2500km’s from the highest Australian Alps emptying into the Sea at the Coorong. With such a large riverbank there are numerous camping opportunities and in this article we will explore a couple of popular spots on the Victorian Side of the mighty Murray.

In the region there is also a huge array of caravan parks and other accommodation options, as well as plenty of sporting and leisure activities. It really is a great place to explore and another bonus is that most of the campsites are free!

Access to camping areas along the Murray varies along the facilities available. With a Trayon camper and capable vehicle, you are in the best shape to make the most of camping alongside this Iconic river.

On this trip we will visit two main sections of the Murray within the Barmah National Park – Barmah Lakes and Ulupna Island. More on both these areas later.

The Murray River is the world’s 16th-longest river at 2,520 km’s from its source in the Kosciusko National Park. It is fed by several rivers on its journey from the Australian Alps including the Darling and Murrumbidgee Rivers. The Darling River (2,740 kilometres) begins in the inland Queensland and joins the Murray at Wentworth (NSW) then flows to the Southern Ocean through South Australia. The Murray-Darling drainage area is the largest in Australia draining most of inland Victoria, New South Wales, and southern Queensland from the western side of the Great Australian Divide.

From millennia Aboriginal people have relied on the river’s abundance. The many various groups included Ingalta, Moorundie, Goodwarra, Parrian-kaperre, Tongwillum, and Yoorlooarra. In the Riverland, the Ngarrindjeri people lived on and along the lands around the Murray and the Coorong.

The Murray River was first discovered in 1824 by European explorers Hamilton H. Hume and William H. Hovell. It wasn’t until five years later, however, that Charles Sturt navigated down the Murrumbidgee to encounter the Murray and named it after Sir George Murray when his exploration party encountered the Darling connection. Sturt had previously explored the Darling River to the north and was able to determine that they were indeed the same river system.

Paddlesteamers were used to carry wool, wheat, and other goods up and down the river system including the Murray, Darling and Murrumbidgee Rivers. You can ride on one of the restored streamers at Echuca or Swan Hill to witness firsthand the beauty of these fine ladies of the river.

An irrigation system was introduced in 1887 by Canadian George Chaffey, greatly accelerating the settlement and exploitation of the river’s water supply around Mildura and Renmark. However this was controversial and upset other river users and the environment. In 1918, it was finally agreed how to fix this. Victoria, New South Wales, South Australia and the Federal Government formed the Murray River Commission (now Murray-Darling Basin Authority) to control all development and works that were carried out on the river. The Commission coordinated the construction of storages, locks and weirs to reduce the effects of drought and flood. Today the water flow is still managed by these locks on the river from Yarrawonga in Victoria to Blanchetown in South Australia.

The Murray is a source of water for millions of Australians for domestic and agricultural use and it plays a significant part in Australia’s economy.

The first location along the Murray we will visit is Barmah Lakes.

Barmah Lakes is located within the Barmah National Park and consists of two large areas each with their own pit toilet and picnic tables. There is a boat ramp and is right adjacent to the lake so it is an ideal base for boating, canoeing and fishing. The campsite has plenty of shade from the magnificent river red gums which is a feature of the Murray River and Barmah National Park. There are also several marked hikes around the lake and aboriginal cultural sites.

There is also plenty of birdlife around the lake – with whistling kites overhead and lots of other birds including kingfishers amongst the trees it is a haven for bird lovers and photographers.

Ulupna Island (a river island) is at the eastern end of Barmah National Park near Tocumwal. The island is bounded by the Murray River and its anabranch, Ulupna Creek.

From Strathmerton head north on O’Briens Road and then onto Ulupna Bridge Road. After crossing the bridge and entering the island, there are a myriad of tracks heading down to various campsites on the banks of the Murray. The island also contains many sandy river beaches, making it an ideal location for swimming, camping and picnics. It is also a great place to fish – maybe even catch one of the elusive Murray Cods. My son Leigh and friend Craig each caught a 1m plus Murray Cod recently so they are definitely around!

Several walking and vehicle tracks allow you to fully enjoy the majestic scenery, with plenty of wildlife and birds frequenting the area.

There are basic facilities (pit toilets) at Carter’s Beach but the other locations require you to be self-sufficient.

The access tracks vary in difficulty with many in poor condition with large ruts and tight access.

One of the popular areas is Long Beach – a long sandy stretch with plenty of shade and grassy campsites. Good swimming and fishing access as well. This is where we camped.

Ulupna Island on the banks of the beautiful Murray River in Barmah National Park is home to lots of kangaroos and koalas. We had a couple in the trees at our campsite and one even decided to go for a wander.

The Murray River has some fantastic campsites with magnificent Redgums, sandy beaches, grassy banks and fabulous riverfront scenery. Try your luck catching an Iconic Murray Cod, partake in skiing or boating on the river, cool off with a swim or just relax by the river. Start planning a camping trip on the Murray to sample first-hand one of the premier locations in Australia, you won’t be disappointed! 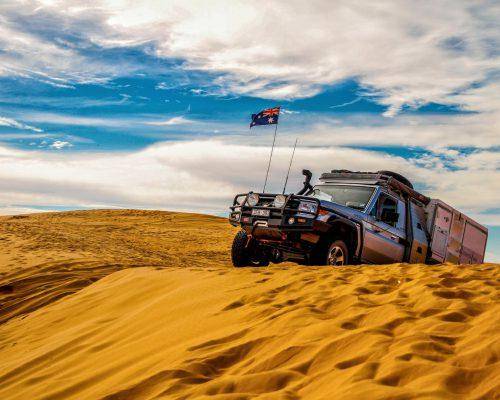 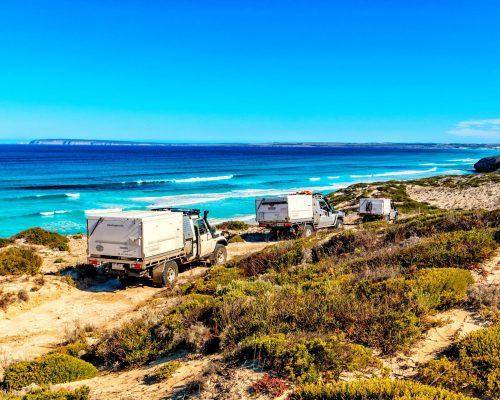 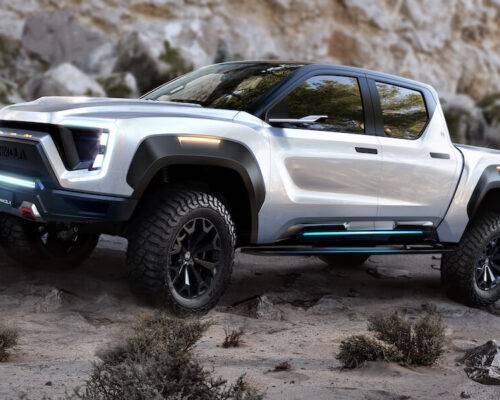 15 Electric Utes We Would Love to See in Australia 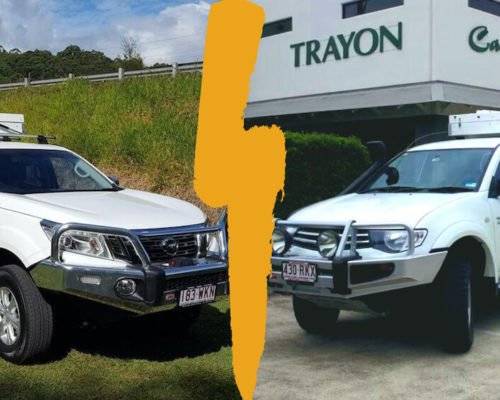 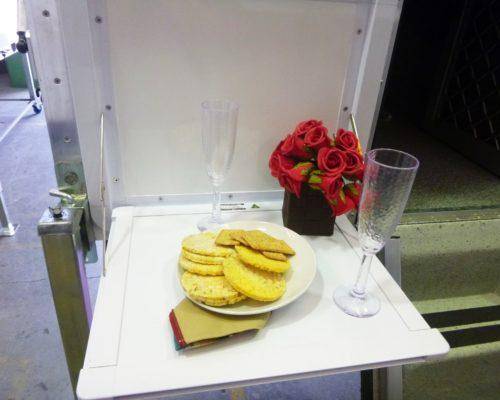 Drop Down Camping Side Table 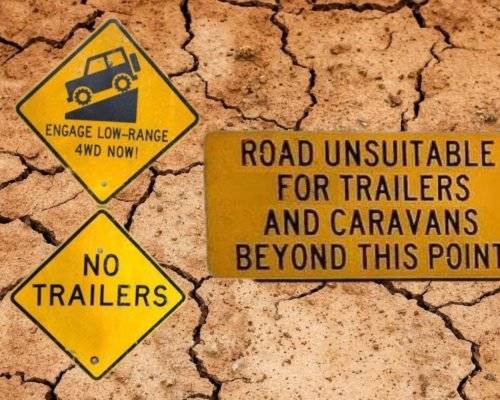